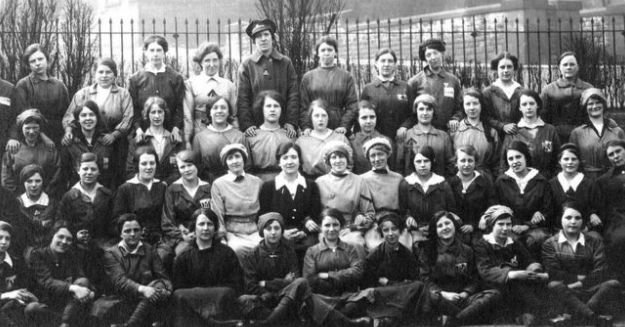 A man who saved the lives of 12 women in an explosion at a World War One munitions factory has had a road and bridge in Leeds named after him.

William Parkin was a mechanic at the Barnbow Munitions factory in Crossgates, Leeds, when a shell exploded in Room 42 on 5 December 1916.

The accident killed 35 of the so-called “Barnbow Lasses”, but Mr Parkin returned to pull 12 more to safety.

A plaque has now been unveiled at the site near Thorpe Park retail park.

Members of his family were at the ceremony and stories were told about the events of the night, after the plaque was unveiled by councillor Pauleen Grahame.

There were about 150 women and girls in the room when the explosion happened, at 22:27 as the night shift got under way.