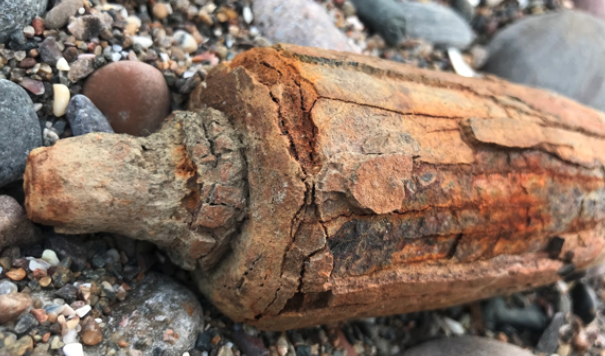 Explosives experts were scrambled to a north-east beauty spot this afternoon to detonate a device dating back to the Second World War. The Royal Navy’s bomb disposal team was called to a stretch of the Forvie National Nature Reserve at Collieston in Aberdeenshire. Police had been called at 10.55am and stood guard over the two-inch mortar until the experts arrived and carried out a controlled explosion. Inspector Steven McDonald, of Banff Police Station, said: “Police were called to a report of unexploded ordnance found on the beach near Collieston. “The area has been cordoned off as a precaution. EOD attended and carried out a controlled explosion.” pressandjournal.co.uk