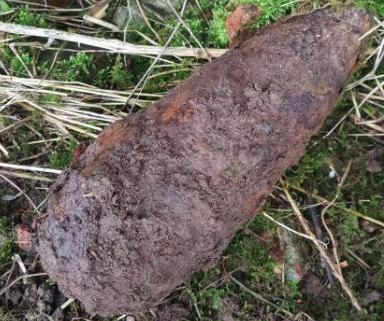 A Bomb disposal unit was called to a Hereford industrial estate after suspected ordnance was found on New Year’s Day. The metal shell was found in a field near an old ordnance storage building in Rotherwas by dog walkers enjoying a ramble. “We came across this shell and rang the police,” one walker said. “They attended and called a bomb disposal unit, who said the item was a mortar round which had already been fired and was safe.” A police spokesperson confirmed an explosive ordnance disposal team had been sent to the site of the former Royal Ordnance Factory on January 1. The shell was confirmed to be a spent mortar, and bomb disposal experts took it away for safe disposal.