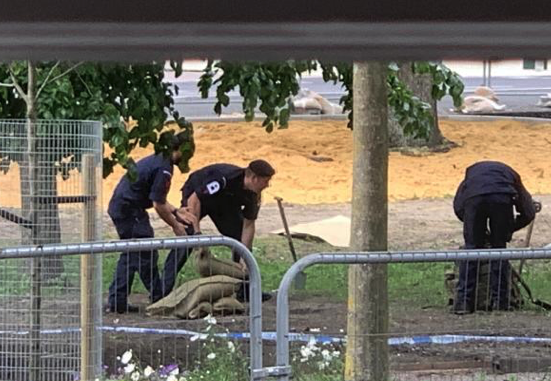 THE CITY centre was cordoned off over fears of an unexploded bomb. Police were called to Valley Gardens near St Peter’s Church in Brighton shortly after lunchtime. Witnesses recorded how the police’s Explosive Ordnance Disposal unit was sent to the scene, and roads in the area were closed off.  A “loud bang” was heard as an ordnance team detonated the device, which is believed to have been a mortar round from the Second World War, shortly before 3pm. At first, resident Calin Ghersulescu said he had gone outside and was told by officers to go back indoors.