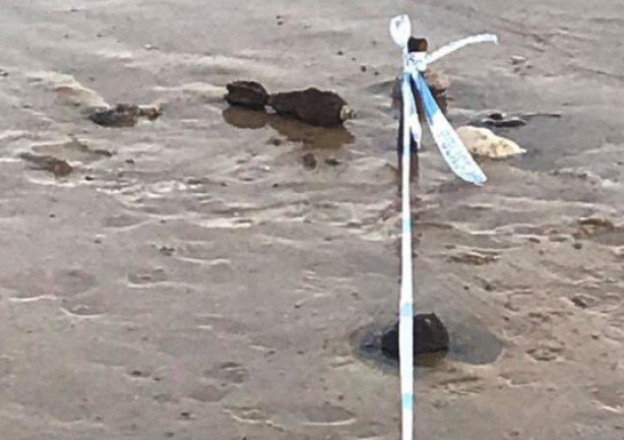 HM Coastguard rescue officers from Lowestoft secured Covehithe Beach after a mortar bomb was found, with the Royal Logistics Corps Bomb Disposal carrying out a controlled explosion at the scene. Picture: HM Coastguard Lowestoft. It came after coastguards had issued a warning to people walking on beaches after ordnance was found on two different stretches. Rescue officers from HM Coastguard Lowestoft were alerted twice in quick succession this week to investigate ordnance on the beach between Kessingland and Southwold. With a video showing the controlled explosion, a post on the HM Coastguard Lowestoft Facebook page said: “Tasking was to secure Covehithe beach after a mortar bomb was found by the local farmer”. Due to tidal activity it was necessary to wait until Wednesday for the Royal Logistics Corps Bomb Disposal to attend the scene. The ordnance was safely detonated with a controlled explosion on Wednesday afternoon. The coastguards team added: “We remind the public to be vigilant”. eadt.co.uk