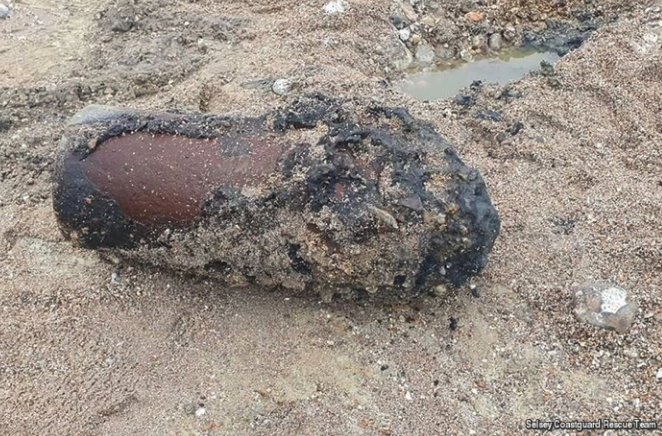 Coastguards were called to Medmerry Beach near Seley in West Sussex on Sunday lunchtime after two unexploded bombs were discovered. A cordon was put in place and the beach was closed to the public. Photos were taken and sent to Navy E.O.D (Explosive Ordnance Disposal Team) who confirmed the items to be ordnance. The bomb squad then arrived on scene and carried out two controlled explosions.Two devices were found on the beach at Medmerry on Sunday with controlled explosions being carried out. spiritfm.net