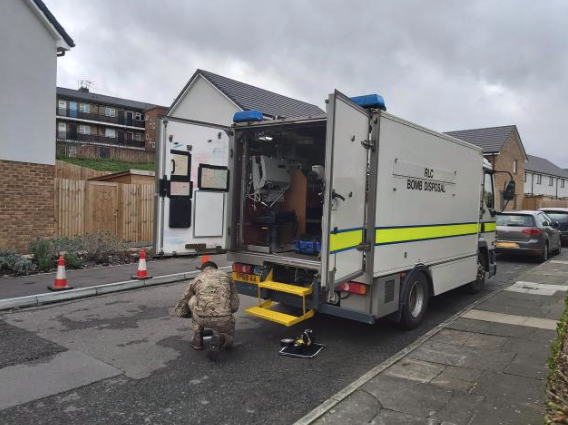 The bomb squad was called in to Dartford earlier today, March 10, after an old wartime shell was found. Dartford Police were called out to Coleridge Road in Dartford around 9:30am after a suspected wartime munitions device was discovered. Officers attended the scene, and Explosive Ordnance Disposal experts were called in to assess the situation. Police said the item was then safely detonated on site, with no risk to the public. In a statement, Kent Police said: “Kent Police was called just after 9.30am on Tuesday 10 March 2020, following the discovery of a suspected wartime munitions device near Coleridge Road, Dartford. newsshopper.co.uk