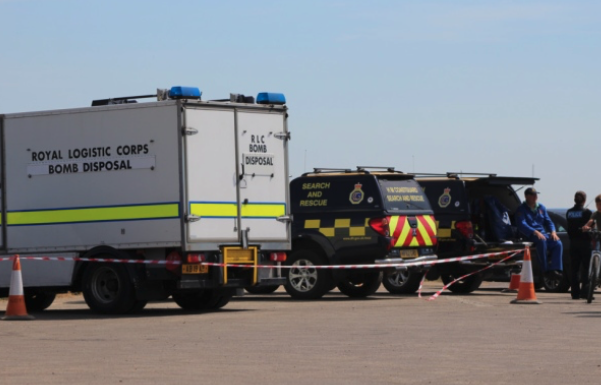 A military bomb squad has been called to safely detonate unexploded ordnance found by a member of the public. Suffolk Constabulary said they were called to Newmarket after a resident reported discovering the ordnance and taking it home. Police then called a bomb disposal unit from Colchester to dispose of the device. It will be safely detonated on the George Lambton Playing Fields in Fordham Road. eadt.co.uk