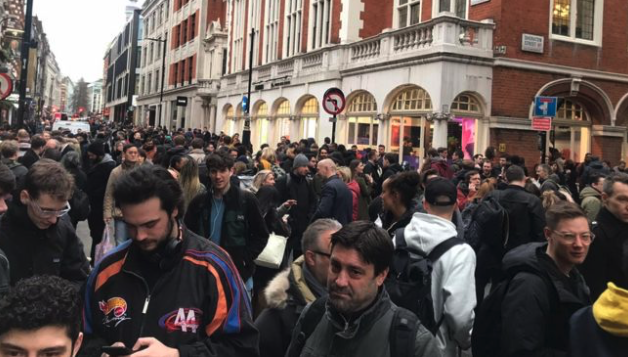 Several streets in London’s central Soho district were evacuated after an unexploded World War Two bomb was found. Police were called to Dean Street at about 13:50 GMT after the ordnance was discovered during building work.  Soho Hotel, the Soho Theatre and the Groucho Club were all evacuated. A Royal Engineers bomb disposal unit was called in and removed the half-tonne device. A police cordon was put in place between Oxford Street, Charing Cross Road and Shaftesbury Avenue which have all now been lifted. bbc.co.uk