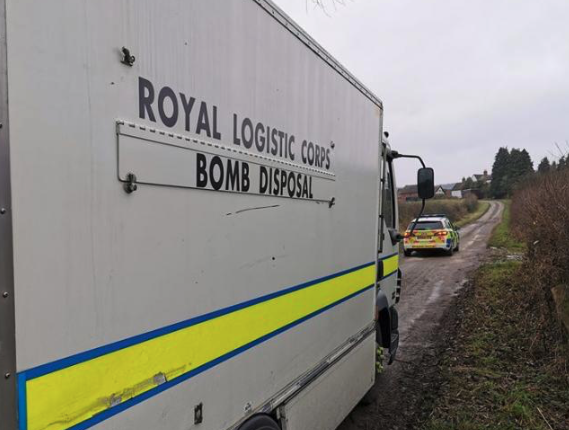 An unexploded World War One grenade has been found in Alcester. The grenade was found in the outbuilding of a house on the Conway Estate in the town, on Sunday, December 29. Police, the fire service, and the an Explosive Ordnance Disposal Unit attended and it was confirmed that it was a live World War one grenade. It was safely taken from the property and dealt with in a field just outside the town. A spokesman from Alcester Fire Station said that the duty crew were called out to help the bomb disposal unit.”The crew helped with moving sandbags so that a controlled explosive could take place,” they said. worcesternews.com