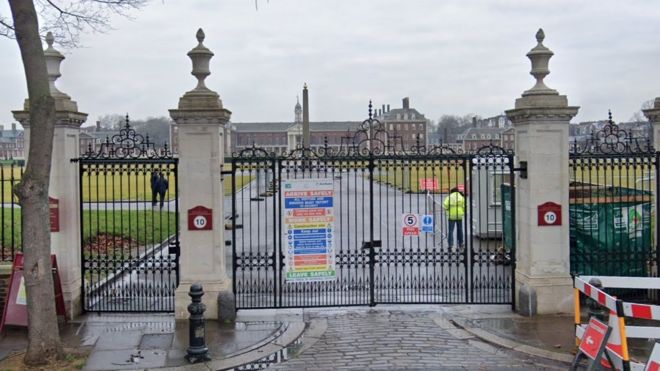 A Word War II bomb has been found by the team building a new sewer under the River Thames.

The device was discovered by engineers working on the Tideway Project construction site in west London.

Chelsea Embankment between Chelsea Bridge Road and Oakley Street has been closed in all directions.

The site is close to the Royal Hospital Chelsea, the nursing home for about 300 army veterans.

The Met Police said no evacuations were needed.

Tideway said it was working closely with the Met, Transport for London and other emergency services to remove the bomb.

The planned 16 miles (25km) sewer – which will stretch from Acton in west London to Beckton in east London – aims to collect 39 million tonnes of sewage discharged into the River Thames each year.